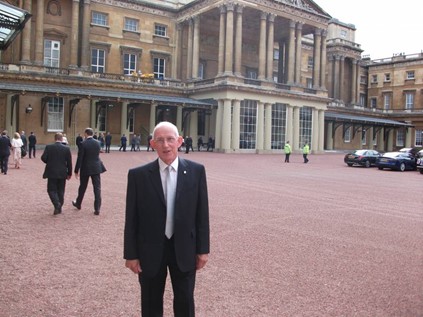 The firm, which can trace its roots back well over 100 years, had received The Queen’s Award for Enterprise: International Trade in April having grown its overseas sales by 142% between 2013 and 2015.

Helipebs are specialists in the design and manufacturing of hydraulic cylinders and pneumatic cylinders, which are used to exert a controlled force in all manner of industrial applications. Whilst its products may be best known within engineering departments, their application is much more widely known as they can be found in the tooling used on production of parts for Jaguar Land Rover or Dyson, clamping together equipment on oil well heads up to 3km under the sea, on testing rigs for aircraft wings and landing gear for Airbus, and for special projects in Formula 1. The company has achieved such significant growth by extending its product range from quality standardised hydraulic cylinders to bespoke items, often serving the most rigorous and safety critical industries.

Speaking after the Buckingham Palace reception, Ron Tyler, Operations and Finance Director said “It was lovely to be in Buckingham Palace and to meet members of the Royal family. It was a great honour to win this prestigious award and is very much a team award and the culmination of many years of hard work.”.

Company Chairman, Geoff Davis added “I first met HRH the Duke of Edinburgh at Buckingham Palace in 1962 when he presented me with my Duke of Edinburgh’s gold award, so it is an honour to be back here 54 years later and 53 years in to my career at Helipebs! For us this award has meant a great deal, particularly when we meet with our overseas customers. In fact we received rapturous applause from a Chinese delegation who happened to be with us when the award was announced.”