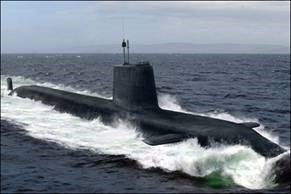 The UK’s most powerful attack submarine has been welcomed into the Royal Navy. In the Commissioning ceremony at Fastlane, attended by Helipebs Managing Director, Geoff Davis and Commercial Director, Harry Anderton, and overseen by the boat’s patron, the Duchess of Rothesay, Astute officially became ‘Her Majesty’s Ship’.

Helipebs Controls had the privilege to supply products for the Astute programme to BAE Systems, the boat’s builder at Barrow in Furness.

HMS Astute is quieter than any other submarine in the Navy’s fleet, allowing it to remain undetected, despite it being much larger than the current attack submarines. Having the latest nuclear power technology it will never need to be refuelled. The crews’ oxygen is created from seawater as she sails.

The submarine can carry up to 38 Spearfish torpedoes and Tomahawk cruise missiles and can target, with pinpoint accuracy, enemy submarines, surface ships or land targets. The latest sonar system has a range of 3,000 nautical miles.

BAE Systems is already well ahead in the construction of Astute class Ambush, Artful and Audacious at its Barrow in Furness facilities.

Admiral Sir Mark Stanhope, First Sea Lord and Chief of Naval Staff said “the Astute class is truly next generation. They are immensely powerful vessels and they will form a key part of our future programme, giving the Royal Navy the versatility and technical excellence needed to operate successfully across the globe”.